Terry Southerland is one of the most sought-after personal trainers and elite boxing coaches in the fitness and sports industry.
Contact Us 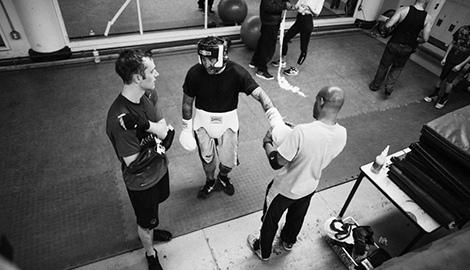 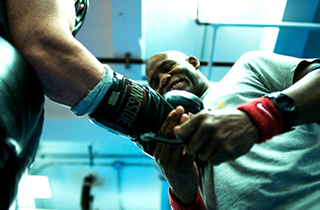 As a three-time National Boxing Champion, it is my passion to offer boxing lessons in NYC, NY. I am one of the most sought-after personal trainers... 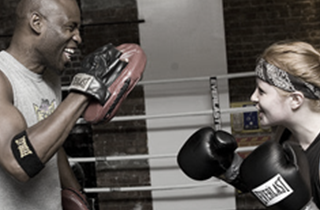 At Terry Southerland Boxing-Celebrity Fitness Trainer, he offers my services as a personal celebrity fitness trainer in NYC, NY. As a three-time... 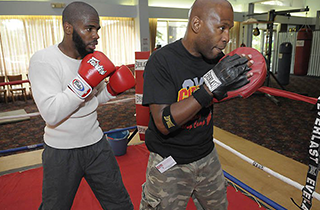 Three-time National Champion Boxer Terry Southerland of Terrance Southerland Boxing-Celebrity Fitness Trainer of New York City is the one to call if...

Terry Southerland is one of the most sought-after personal trainers and elite boxing coaches in the fitness and sports industry.

Terry was born in the ‘mecca’ of US Boxing, Cincinnati, Ohio. His father used to take him to boxing event when he was a child and he immediately became interested in the sport. By the age of 11, Terry was in the gym daily to sharpen his skills. By the age of 15, he had won his first National Championship and began competing around the world. After winning several titles, he joined the U.S. Navy Boxing Team and represented the United States in several world-wide tournaments, including the 1986 Goodwill Games in Russia.

Terry turned pro in 1990, winning 21 fights and losing only three. He permanently took up residence in New York City in the early 1990’s and found that he enjoyed coaching and training others, bringing out the best in them.
He currently lives in Chelsea, an artistic neighborhood within New York City and he proudly serves the Manhattan area as a fitness master and boxing coach to wonderful clients.

Terry offers professional training to certify trainers, boxing and fitness training, and he works as a consultant for television and film. He also works as a boxing camp trainer and has been a featured instructor in Gleason’s Annual Fantasy Boxing Camp! Terry also offer an anti-bullying program for young people and it is his goal to help them build confidence in themselves through sports and fitness training.

It is prudent and recommended to consult your doctor before starting this, or any, diet and exercise program. Every care and precaution is undertaken when training all clients. Neither Terry Southerland, nor any affiliate, can be held responsible or liable for any injury sustained while training.